This week we are practising the trigraph...
'igh' 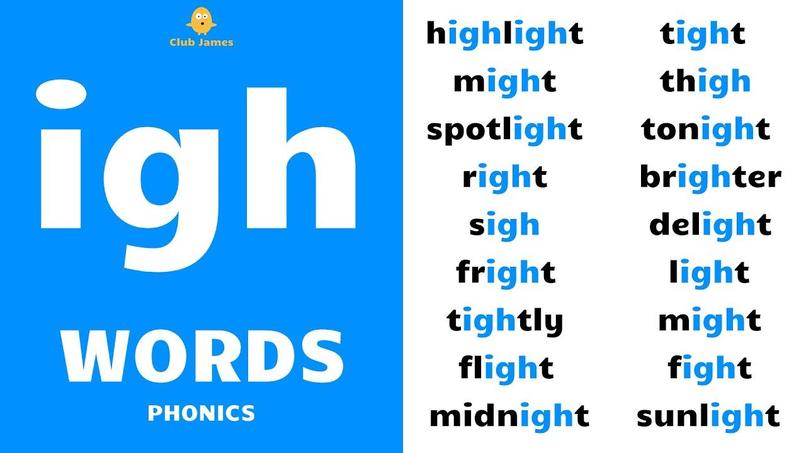 A trigraph is when three letters together make one sound. Say it with me; "Three letters, one sound!" Say it again!

This week's trigraph is 'igh'. You can hear the 'igh' phoneme in words like 'fight' and 'light'. Look at the picture above and try to sound out each word.

Have a go at writing the letters in the air, write them really large! Now use your finger to 'write' the letters on the carpet, on the back of your hand, on your parent's back! Each time you 'write' it say the long, vowel sound 'igh'.

Tuesday:  Watch the Mr Thorne Does Phonics video below and see what you can find around your house!

and one from the Alphablocks!

Make a plank (e.g. using some cardboard) and put it on top of a Duplo bridge so that it could overhang a tub of water. On the cardboard plank draw some lines to create 10 spaces to move along. If you're playing with the family, each player will need a small toy character to move along the plank.

Shuffle up the word cards and each player picks a card from the top. They segment and blend the word. If it is a real word they move back one space (or stay at the start if they are there) and if it is a non-word they move forward towards the end of the plank. Which player will fall off the plank first? Your child can play the game by themselves by just choosing a card each time and seeing if they can get through the pile of cards without falling off.

Thursday: Use your school letter pack to think make some words using the sound tiles you have so far. We have learnt all the letters of the alphabet now and you should practice the letters you don't recognise again and again until you can remember them. Don't forget to make one new letter tile with this week's trigraph 'igh' on showing your children that the letters are together and make the 'igh' sound not the separate 'i', 'g' and 'h' sounds.

Friday: Using the sheet below, on screen or print it out, roll a dice and recite the phase three phonemes on the line that matches their number. If you haven't got a dice, use your number cards.